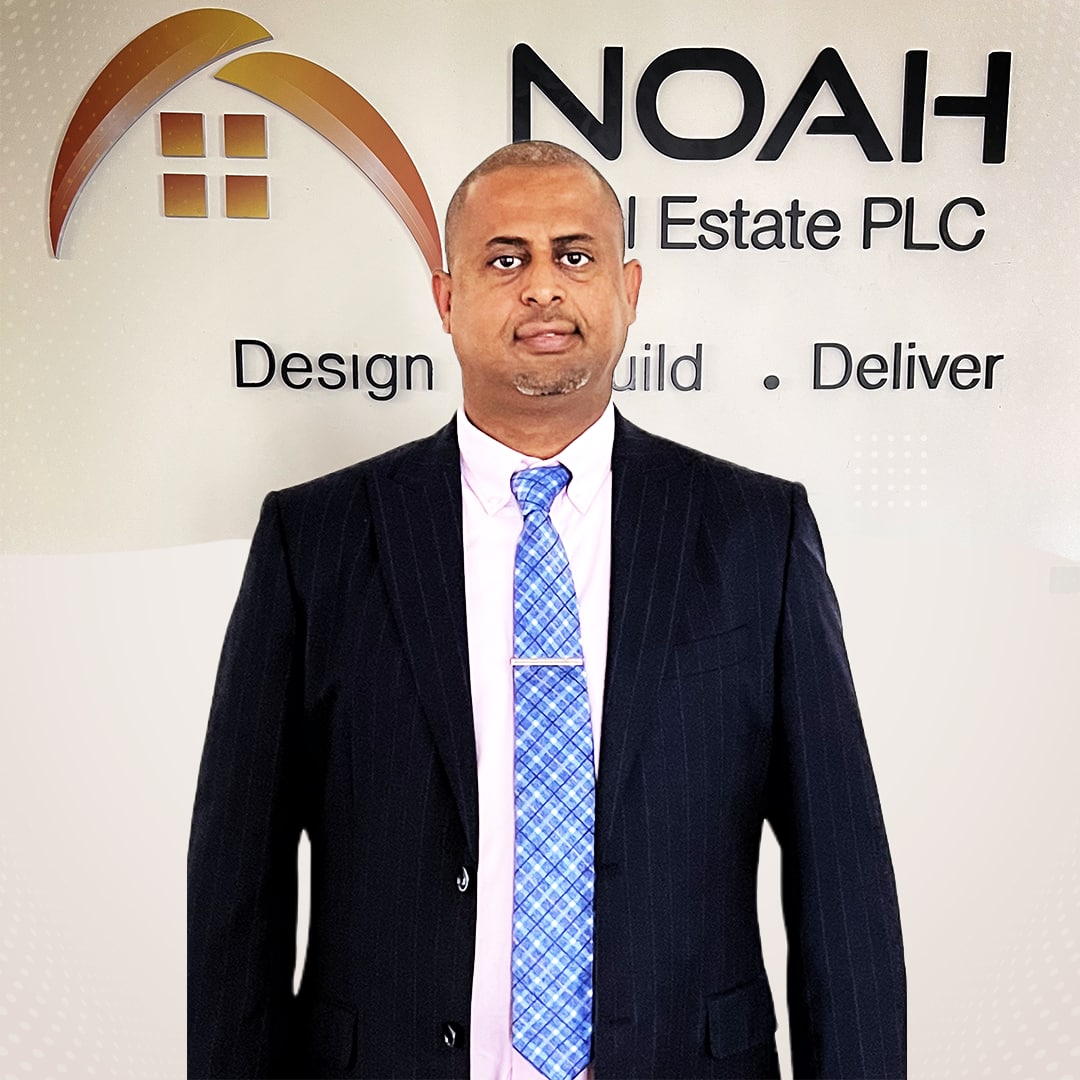 Noah Real Estate PLC has been in the business of real estate for almost 10 years now. The company has helped more than 7500 people buy homes throughout the years. Yonas Teklu, the best salesman of the year, has been working for Noah as a sales representative since its establishment. With his remarkable skills in his field, Yonas had sold almost 20% (1450+homes) of the total sale. In our interview with this brilliant salesman, he shared ample milestones and challenges the company faced over the past few years.
“When we started selling the homes in the real estate business,” Yonas started, “...it was really tough. Because the majority of the population didn't even believe in the real estate market. And the rest was afraid of the common frauds in the business. For that and many other reasons, it was challenging to convince people and build their trust in real estate. But at the same time, the advantage we had was that we started with already finished villa houses. We were not just selling, we were also delivering the homes right at the instant. That’s even how we convey the slogan “ያልተገነባ አንሸጥም” (We don’t sell what we haven’t built). And it really helped us to build trust with our customers.”
Yonas remembers his first sales of the Jember Villa houses situated around CMC in nostalgic memories. “I genuinely wanted to buy the houses for myself. I think that made a difference, too. I believed in the qualities of the houses even before I sold them. And I remember how astounded I was when my client came in with actual cash to buy the house. And that was the moment I realized this business is good and rewarding. Not only that, I knew that it was just a start for me.”
Of course, in the following years, Yonas was able to sell so much more as the company expanded as well. In the past year only, he was able to sell 175 houses which makes him one of the company’s best salesmen. Noah Real Estate continued to build and deliver more houses to keep up with the home demand in the market. Yonas also appreciated the efforts taken by the company to address the need of those with lower incomes. “I believe that’s one of the many reasons why Noah remained successful,” he continued, “we gathered a diversified community under our boat. And I am proud to be part of that family since I currently live in the house I bought from Noah at a site called Adey Abeba. And I have also bought two more houses which are actively being constructed at the moment.”


Yonas also shared the delightful journey he had in 2022. “I must say it was a good year for me, also for Noah” Yonas replied. “Due to the campaign the government started to return as many diasporas to their home country, it created a good opportunity for me to sell more. In addition to that, this was the very year we were able to deliver our finished homes to numerous customers finishing all the things necessary including the map issues. That gave me more than an edge to reflect on the reliability of the company in many aspects.”
Yonas also mentioned how the company has become a brand before even celebrating a decade in the market. And in the coming 10/20 years, he has shared his strong beliefs that Noah will definitely thrive in the business. His strong conviction is also supported by the feedback of many customers who, not only bought 1 but more products from our company once they realized the overall advantage of investing in Noah.
If you would like to contact Yonas Teklu by phone, please reach out to him via 0911 14 73 45 | 0913 11 86 33
Design| Build| Deliver- Noah Real Estate! 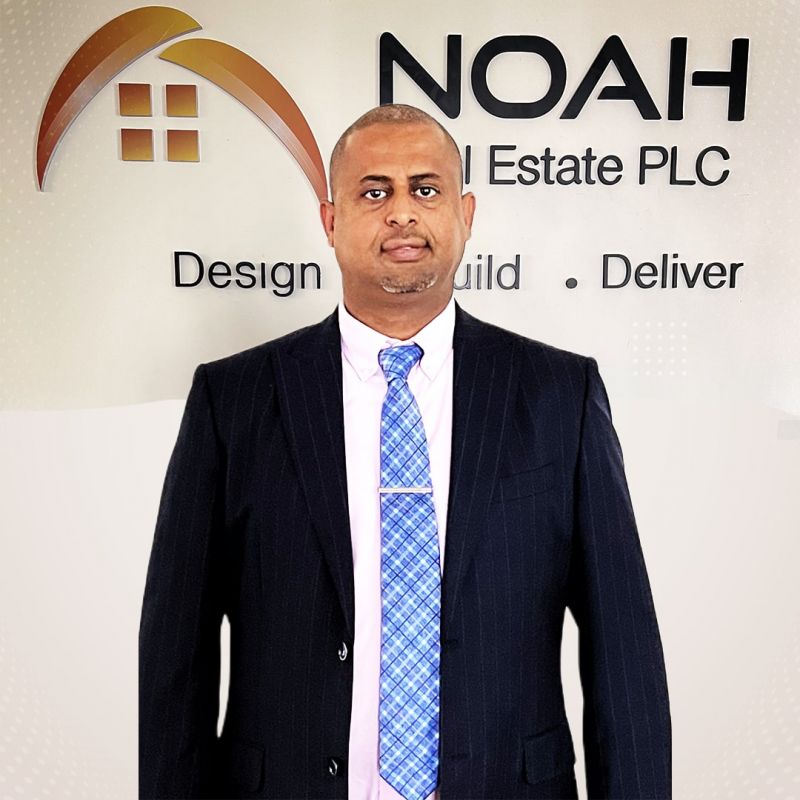 Noah Real Estate PLC has been in the business of real estate for almost 10 years now. The company has helped more than 7500... 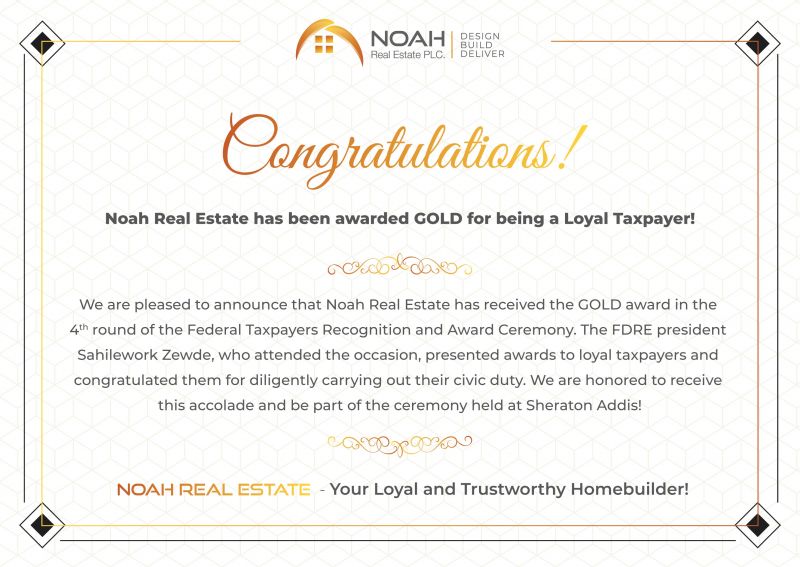 The Federal government of Ethiopia recognized the top 400 loyal and transparent taxpayers of the 2021/22 Fiscal Year. And Noah... 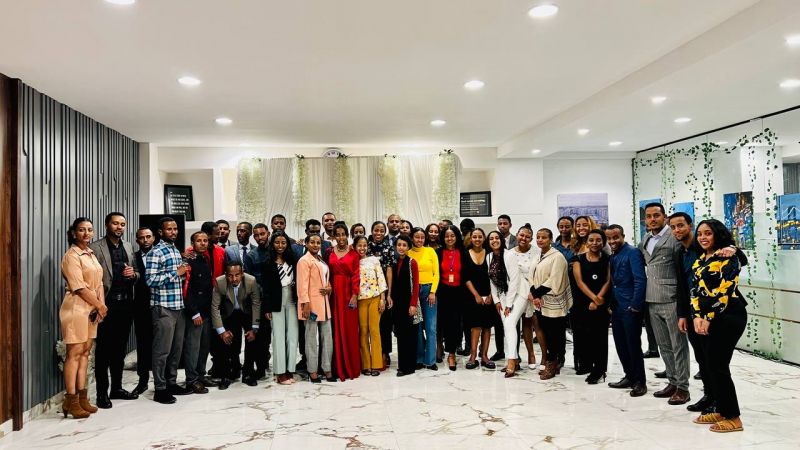 Art has the power to be so much more than how we decorate our walls, it tells a story about the people and the organizations... 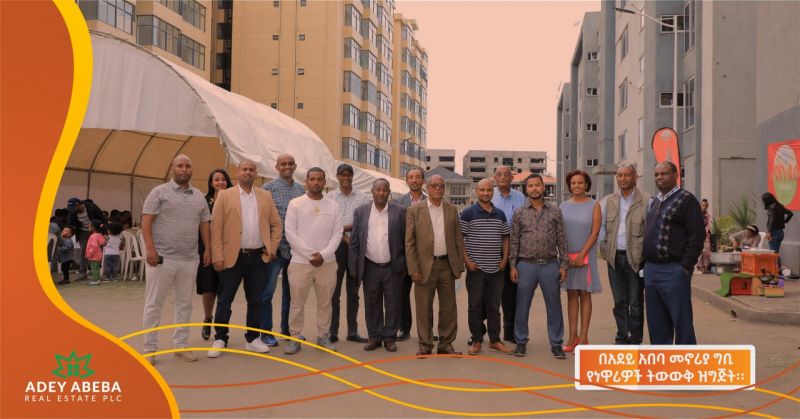 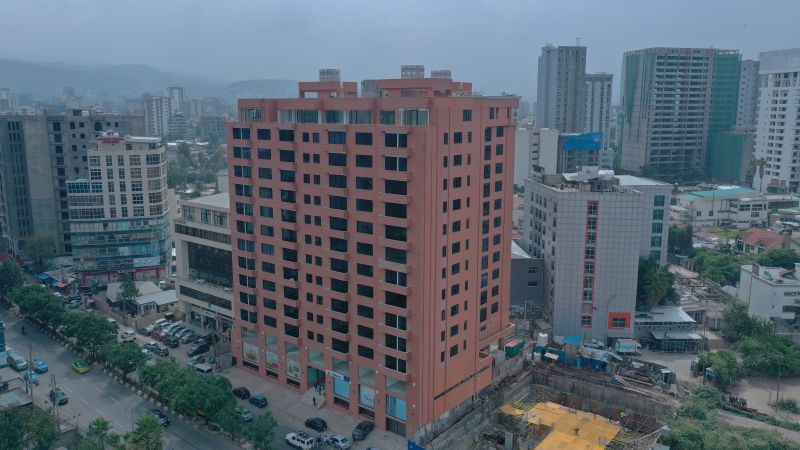 At Noah Diplomat, You are the Ambassador of A Quality Lifestyle.

Noah Real Estate PLC is delighted to announce it is now delivering one of its sumptuous properties, Noah Diplomat Apartments. We...

At Noah Real Estate, even under coercing circumstances, we continue to design, build, and deliver. It is with great honor that we...

The Corona virus, originating in China in December 2019, has now more than 100 countries affected by it. This highly contagious...

Noah is a highly esteemed company with a strong financial foundation and state-of-the-art design innovation. This combination enables us to construct powerful visions and has the potential to evoke an immediate desire to tour the interior.

Our vision is bold. To become the leading brand in the real estate sector and be synonymous with quality performance - in design, in build, and in delivery of superior construction.

Email:
This email address is being protected from spambots. You need JavaScript enabled to view it.

As per the recent announcement by National Bank of Ethiopia, please be informed that all transactions payable to our firm in regards with apartments and/or shops, should only be made through the contract signee (the person with which the designated apartment/shop will be under) account payable ONLY with CPO.
Any other kind of payment or payment request is illegal and will be completely dismissed.